Last year I attended the Afropunk Festival in Paris, I went on my own and ended up having a fantastic time. As soon as I stepped into the festival’s location, my visual senses were pleasantly hit by some of the most beautiful black people I’d seen in my life. Not just physical beauty – there was an array of headturning outfits, unique hairstyles, awesome swagger – both men and women were on their ‘A’ game. Have a look for yourself…

The Afropunk Festival is an annual event that is comprised of live music, film, art, market stalls and fashion and was conceptualised and birthed by black artists. Since its debut in Brooklyn in 2015, the project has spread to other parts of the world like London, Paris, and Johannesburg.

The festival was over 2 days last July and I took so many pictures on that Saturday and Sunday that there are too many images to put in one blog post. So, I’ll share with you the batch I sourced from Saturday. I’ll show the Sunday Slay on another day and yes, that rhymes ( ;

Let’s get into these looks, shall we?

I have to start with the men because they impressed me. These boys didn’t come to play and showed that men can have fun and experiment with fashion too.

A Couple That Slays Together… 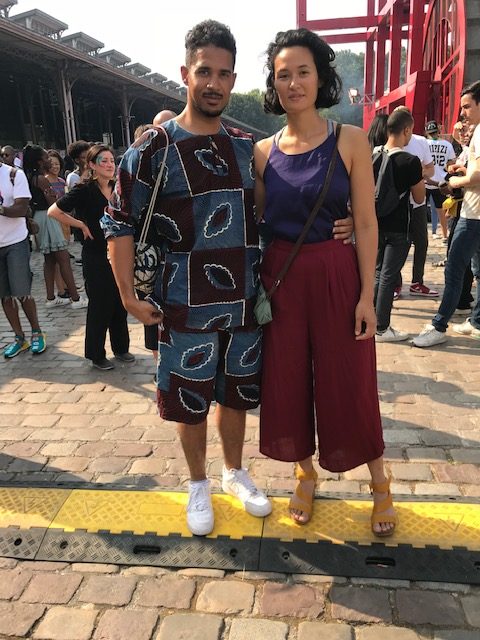 Black Men Are Hot (Sorry, couldn’t be bothered to tie a pretty Tiffany bow around that statement – hitting you with raw fact!)

Sad but true fact – when I’m in Berlin I don’t pay much attention to black men. Why? Well, for the most part, the ones I like pay me no mind. And the ones that do try and chat me up are quite frankly scrubs. I’m yet to meet the ‘inbetweeners’.

Consequently, I never really oogle black men when I’m in Berlin. Now when I’m in Lagos, it’s a different ‘tory I knack. For instance, I have a thing for black men in traditional attire at Nigerian weddings, Tall black man rocking their elegant Agbadas got me shook,  but that’s a story for another time.

But back to Paris, I was elated to feast my eyeballs on a sea of assorted hot black men at the festival! I had so much fun trying to take pictures of and pictures with allll of them for my blog. Ah yes, it was alllll for my blog ( ; 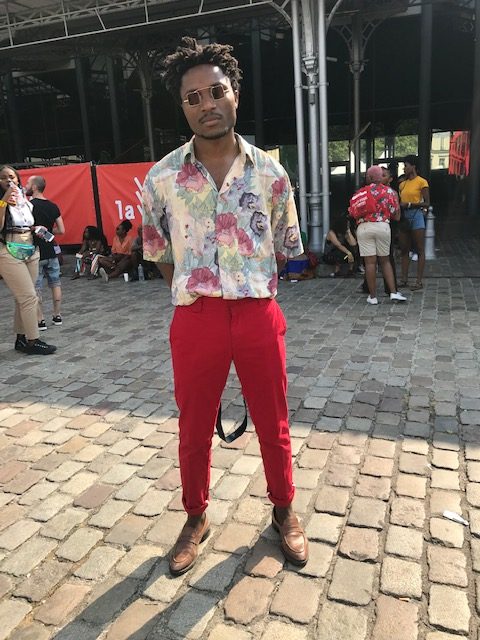 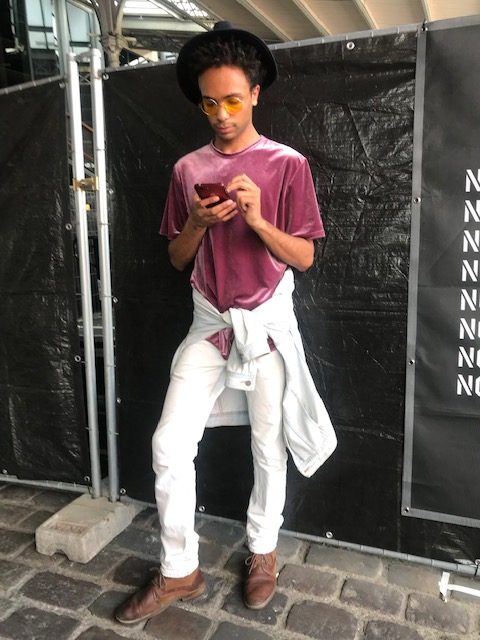 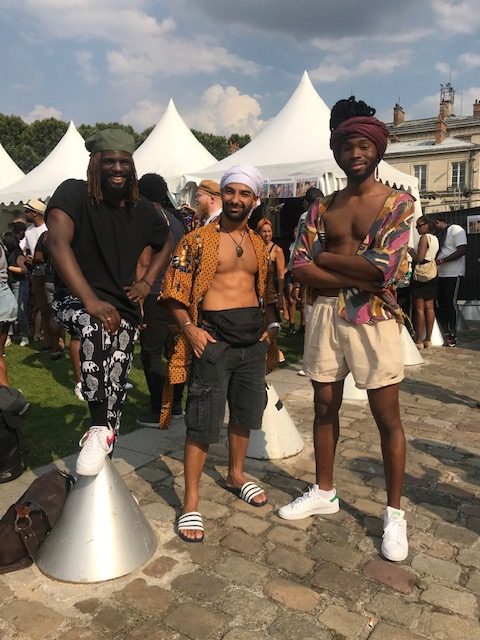 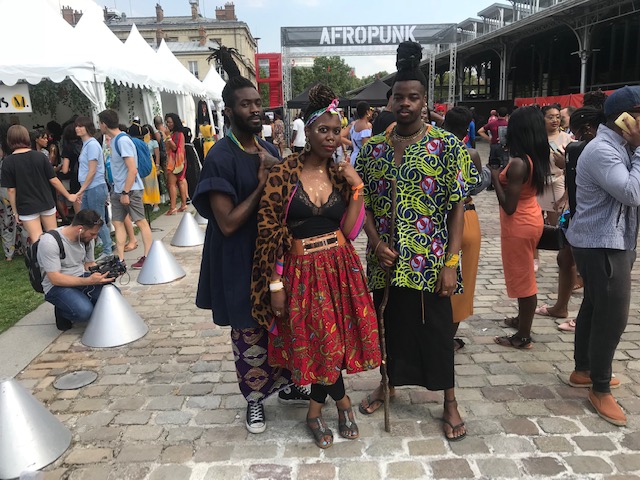 Now this is my kind of sandwich and my favourite picture from Afropunk Paris ( ; My king on the left was giving me all kind of Andre 3000 vibes and I was here for it bishhhhh!

Whether It’s Bold Colour, Monochrome or Print – We Got Thisssssss! 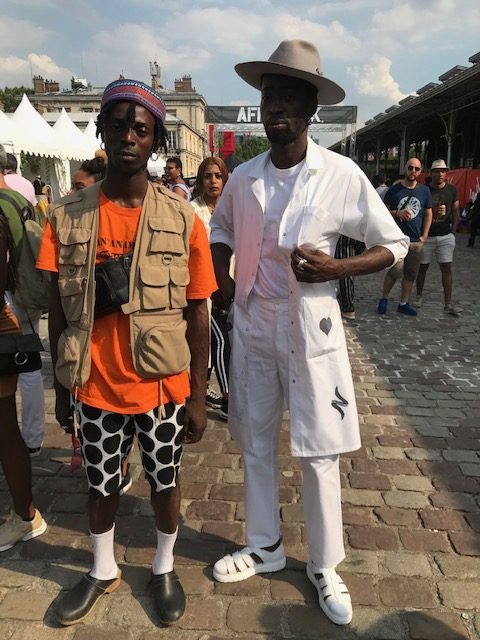 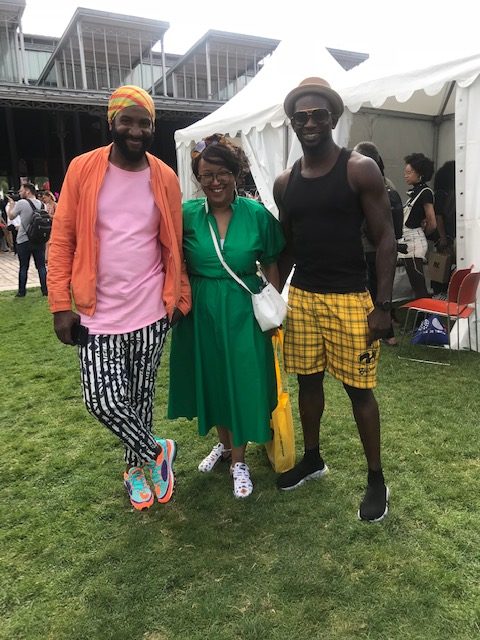 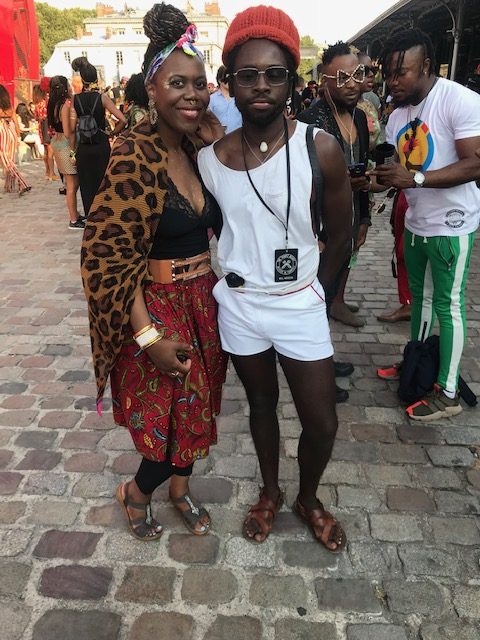 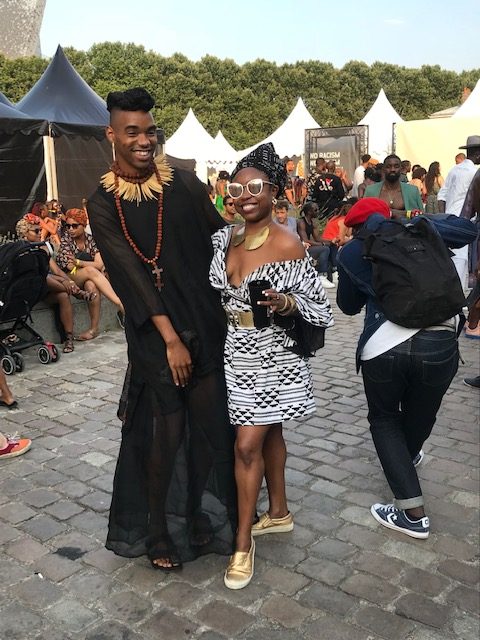 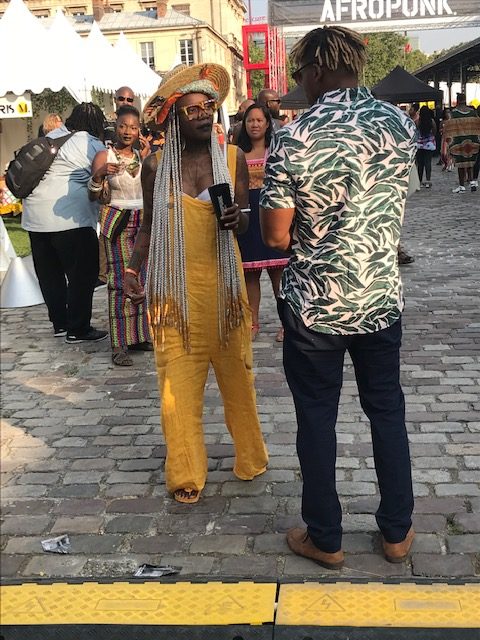 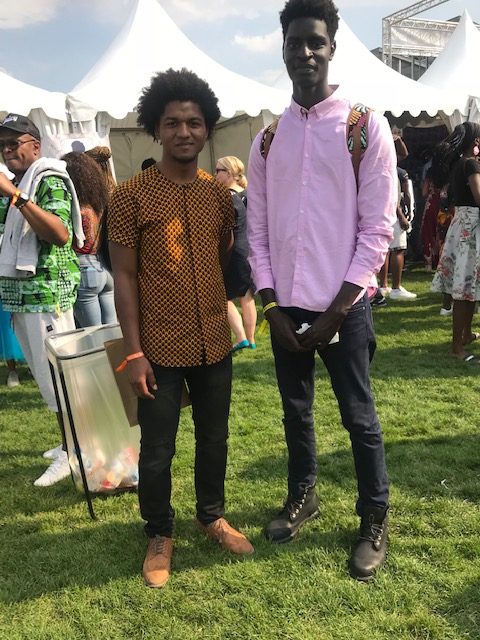 “Prove To me You Got Some Coordination…”

Bey fans will know what I did there ( ; But seriously, how cute are these pair’s coordinated outfits? 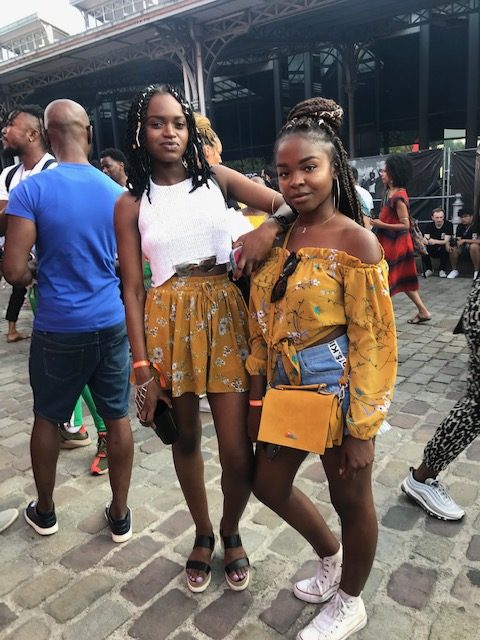 Beam Me Up, Scotty

If you had to go to space, wouldn’t you love to go up in these gunmetal silver boots? 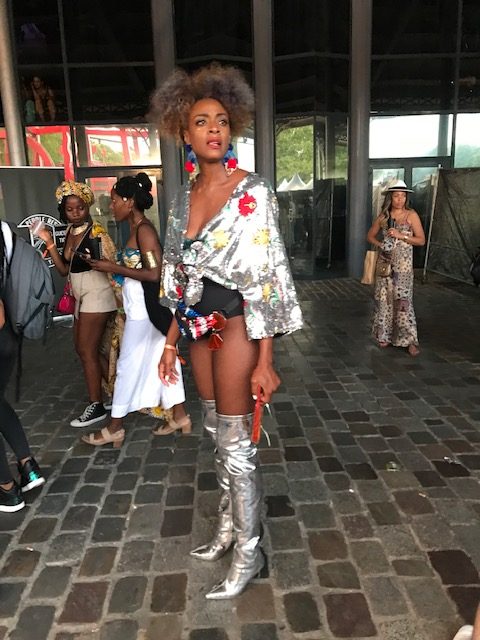 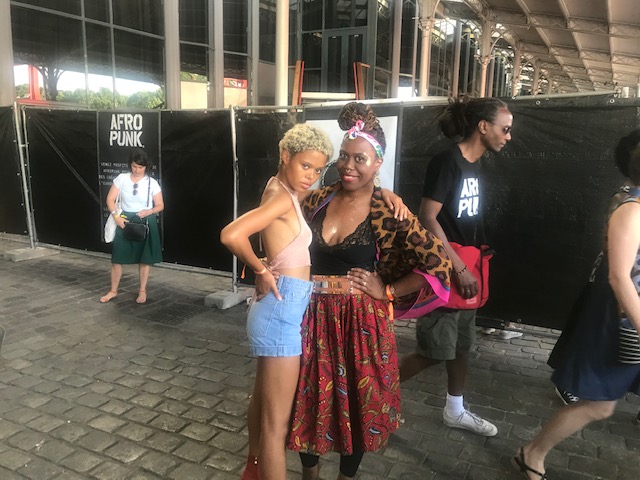 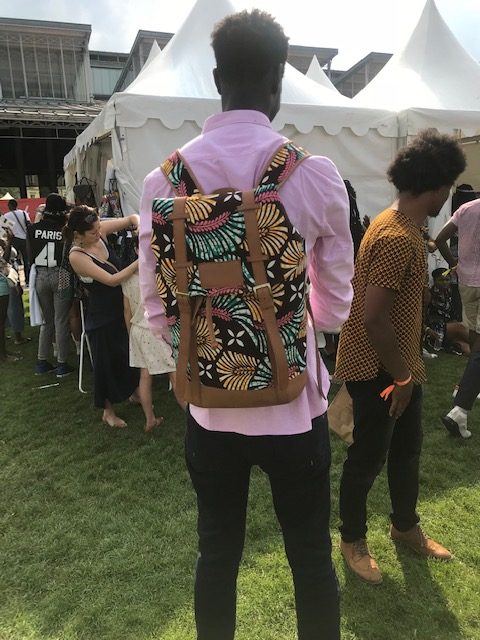 I mean look at these two queens… 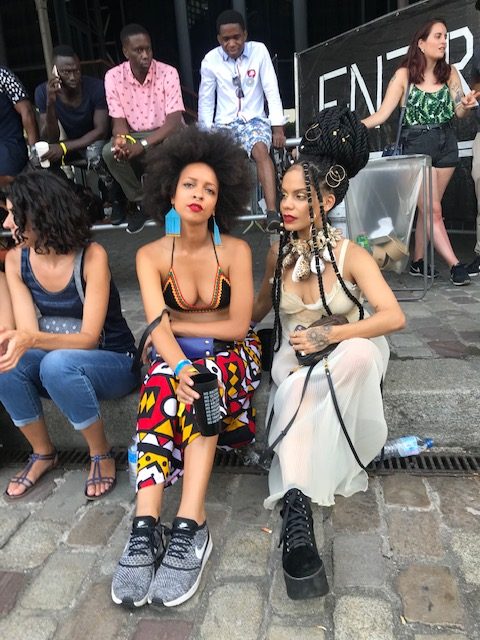 A Word On Solo Travel 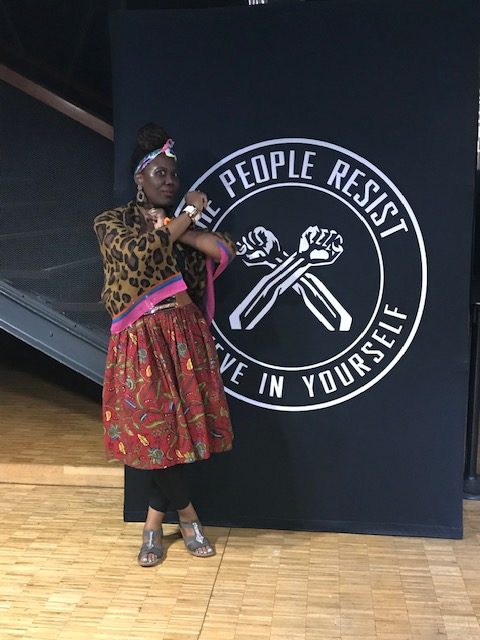 Actually, I have several words to say about solo travel but that will be for another post.

For today, I just wanted to say what this solo trip taught me is if you really want to go somewhere – as Nike says, Just Do It.

Going to a festival alone is not going to be everyone’s cup of tea and you have to pick the festival wisely.

With Afropunk Paris, for the most part, I navigated through it alone very well. It helped that I had a reason to go up and talk to people or take pictures – I was doing it for my blog and that day I was ‘Biki – Chief Reporter for My Fashion S/ash Life.’ And for the most part, people were welcoming and happy to break out of their group circle to take pictures etc., and I met some people who came to the festival alone as well.

But like with everything, there were those ‘Billy No Mates’ moments like when I went to the food truck area to eat, people were mostly sitting in groups. But guess what, when I joined them, they were friendly.

One of the benefits of being alone at the festival is if you’re like me and you like to be able to be so close to the performers that you can count their pores – when you’re alone, it’s much easier to do that. Because I wasn’t trying to coordinate meeting points and times with anyone, I could arrive at the relevant stages in time and weave myself into the crowd till I was in the front row Snap!

During Afropunk Paris, I got to see performers I’ve wanted to see for years like Nneka and Maxwell (who’s still fine as F). 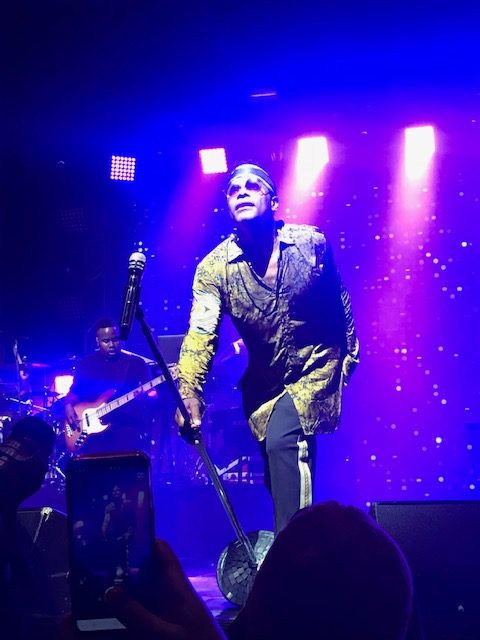 Maxwell and his fine asssss

This event also brought back sweet memories of when I was new to Berlin and would attend art/fashion parties. At the time, I would take pictures and interviews of guests for my blog. Some of the best times of my life…

But I digress- so back to Afropunk Paris- EasyJet cancelled my return journey to Berlin and getting back turned out to be an ordeal to say the least because the trains in Paris were messed up as well. I was tempted to rant and rave on social media but my solo experience at the festival gave me the confidence to harness the need to blast the incident on Facebook to feel not-so-alone and instead I tried to find peace of mind by listening to the amazing piano players in the station.

So all in all, what I’m trying to say is this year the Afropunk Festival, Paris goes down in July – if you’re interested, whether you have a crew or not – come!

During these last days of summer, the ladeeez from

Happy FriYaY Y’all😀! For my Berliners in the

Remember when I said I'd be doing collaborations s

That smile when you discover a fabulous cafe in Be

So on weekends I like to stand randomly on the doo

Happy Monday Peeps😀! Hope y'all had a good n' s

Every face carries a hidden story💭. Once upon a

"Hi, my name is Conchita. On Saturdays I like to b

“Where my girls? From the front to back, well i

Who knows how COVID will affect 🎶festivals🎶

Clear the way, we comn' through⚡️!!! Ladies a